Today – 25.6km from Mercer to Rangiriri

Left Mercer this morning with pies on the brain. Is that bad to wake up and be excited about the food you are going to stuff in your face next? Must be hungry… 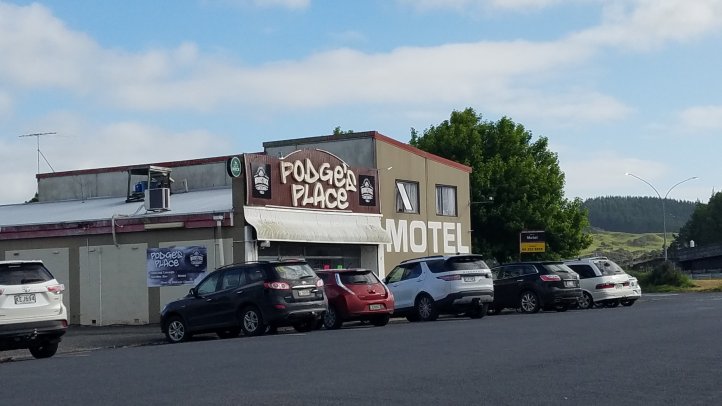 After leaving Podges Place, the day started uneventfully, heading up a pretty basic track but this morning, my body wouldn’t get going. The track went up and down and up and the sun was already beating down. 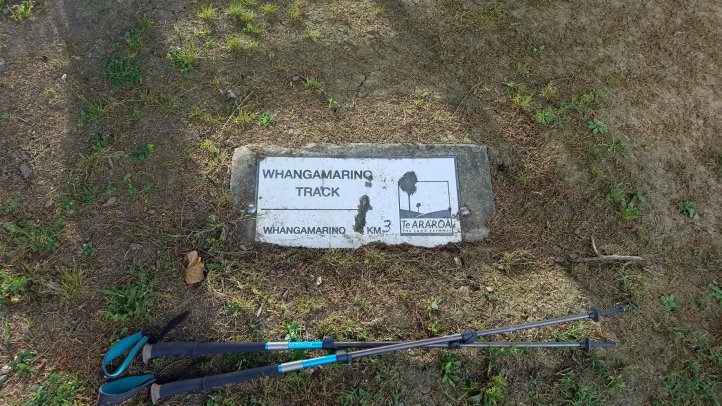 A huge herd of cows were a little too interested in me and after focusing too carefully on foot placement as to not roll my ankle, I had that classic feeling that I wasn’t on the proper track.

Looking around there was no orange marker triangles up ahead and the track I was on was a bit sketchy to be the actual track. No worries I backtracked, and found someones camera tripod – someone who must have been on an off track adventure like me! Retracing my footsteps I saw the actual track cutting around the side of the hill and got on it. 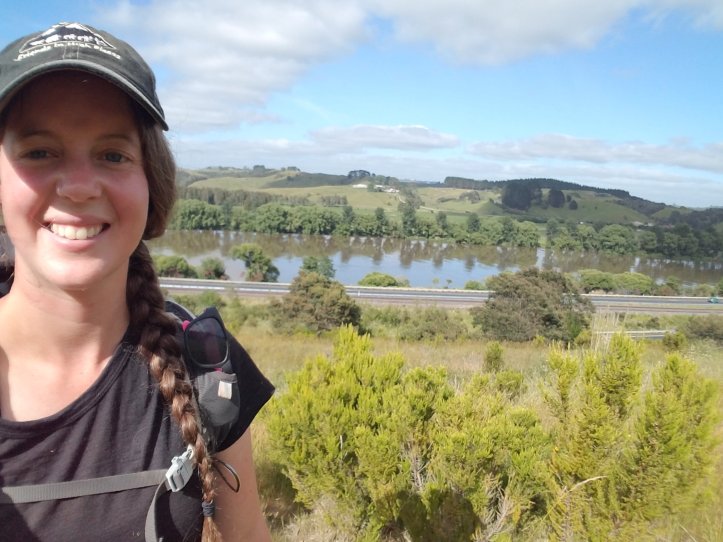 The Whangamarino track had great views towards the Waikato river and came out at an important pa site from th 19th century.

I like that theres all these tracks under State highway one leading you safely from one side to the other, and then just like that I was following the Waikato for the rest of the day. 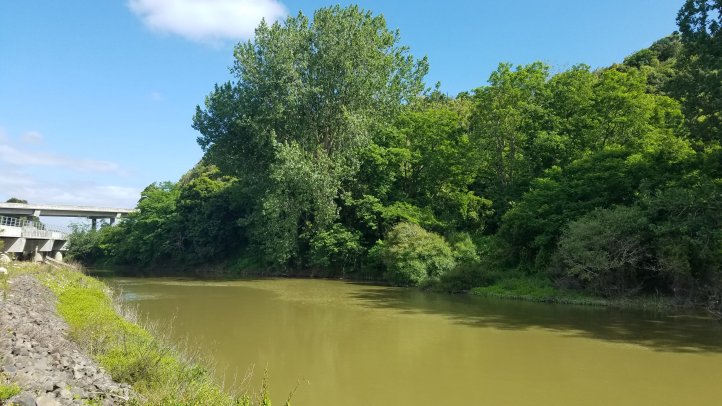 Today was just one of those days where everything kind of just went sideways. Got sunblock in the eye and slipped sideways down a mudpile, then later my sunblock exploded in my bag.

Also, dont know what was up with the tracks today but every corner had some electric fence contraption and I was always on the awkward side so many fences were rolled under [success, no shocks today!] But it gets tiring sometimes. A sense of humour about such things is important! 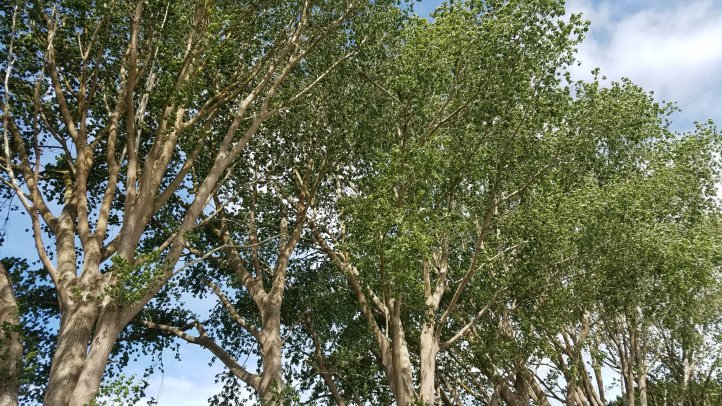 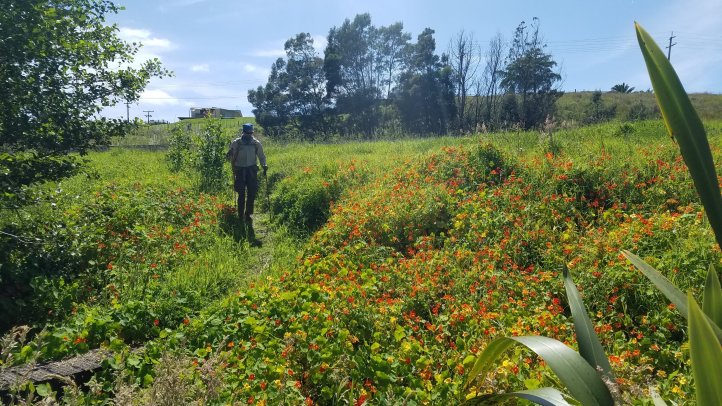 I also put a hole in my sock and dropped my lunch bag in a cowpat . But on the bright side, I found someones tripod and successfully found the owner! 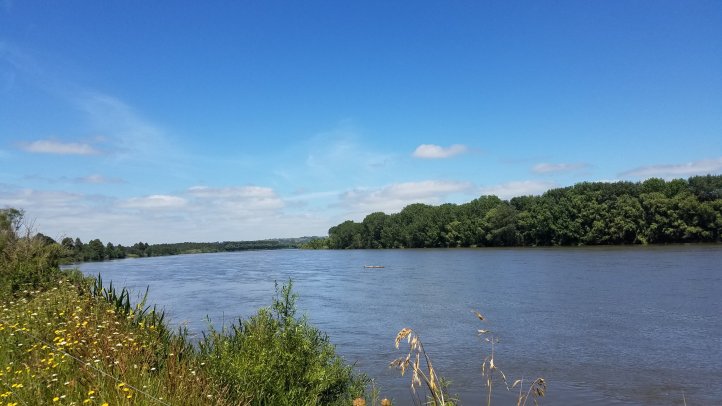 It wasn’t raining, it was a beautiful afternoon and I pulled into Rangiriri to greet the lovely Cathy just as she was closing, and had a delicious homemade mince and cheese pie which lasted 3 seconds flat .

Enjoying a quiet night of r & r. A few different hikers around tonight. A couple of them I met just before Auckland and some new faces. 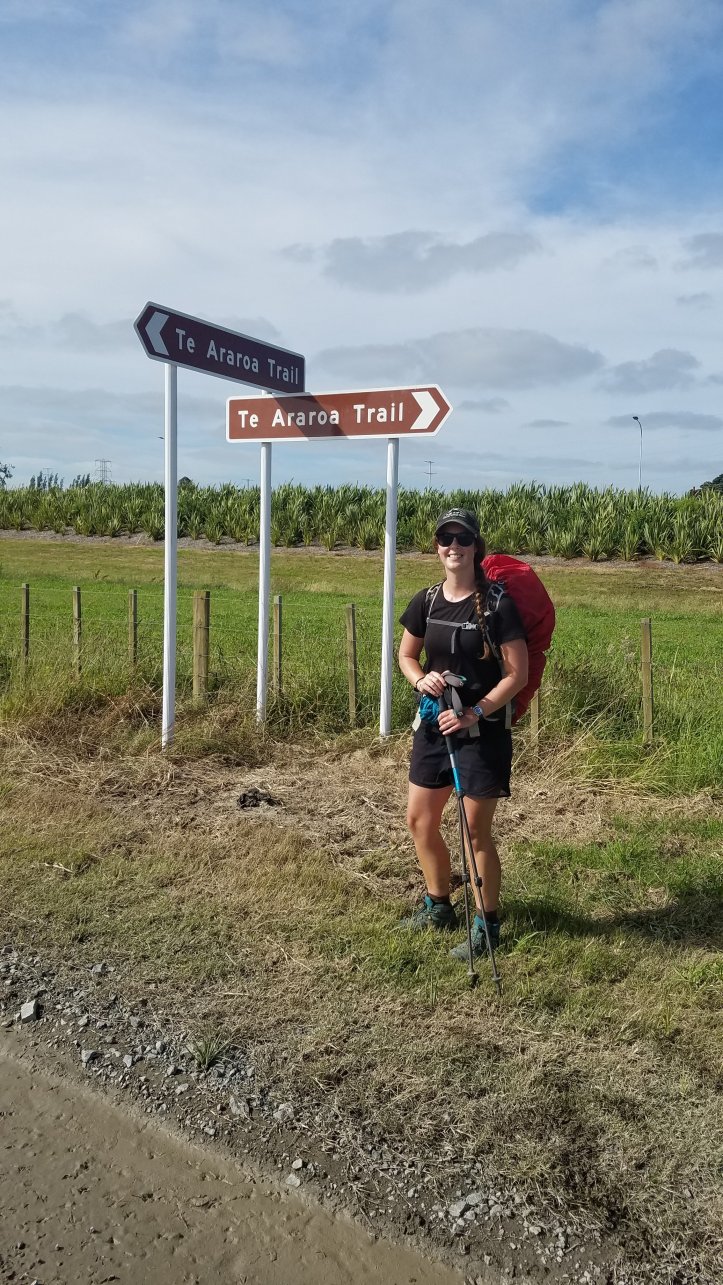 Also, the hiker tan is getting out of control