Well, last forest section today. Despite our suggested leaving time of 8am, we woke up at just before 8am, Martin’s hut was pretty dark! Good night sleep though.

It was muddy forest time. I was really enjoying the forest, the contrast between the bright mossy greens and the dark mud is really cool. And really, this forest was not at all muddy in comparison to some we have been through!

We strolled through, met Dan and Liv and Wieke and Derek and Ron at various stages of the morning, who had all camped further on from the hut. The walking was easy and we stopped after 12km for a cheese and nutella/banana wrap break, delish ! 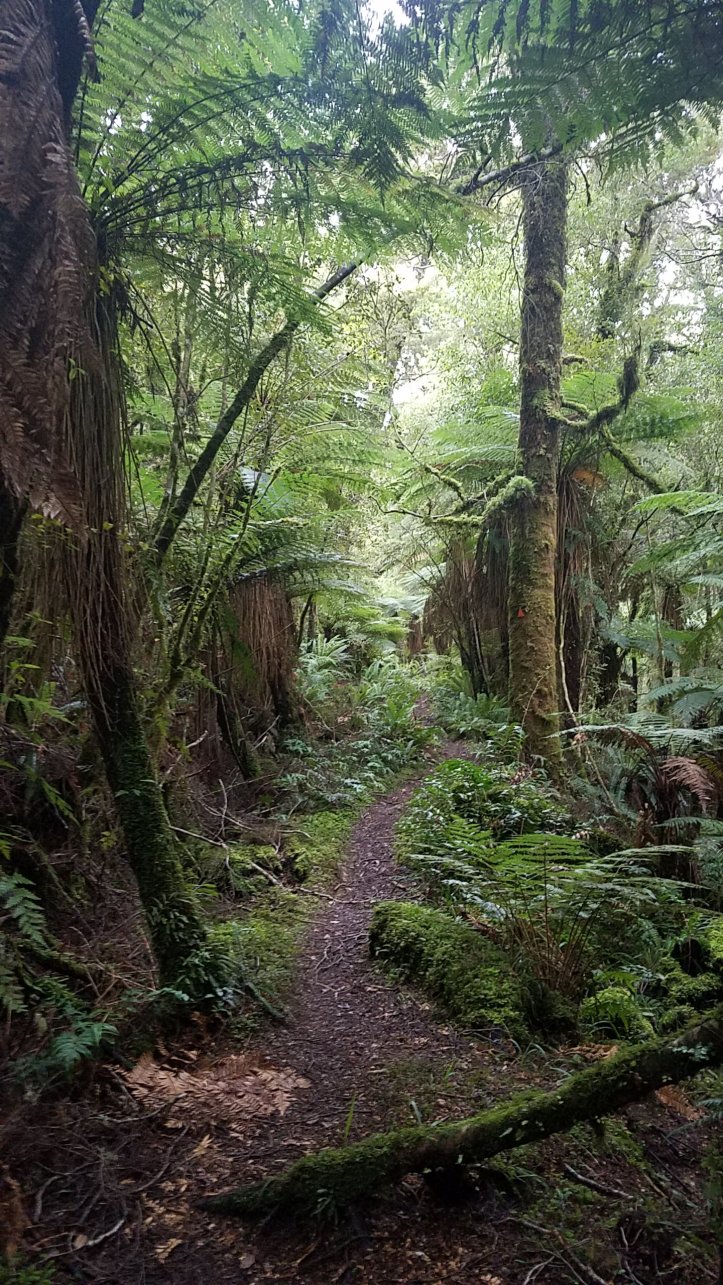 Some cheeky fantails and tomtits were hanging out while we had a break.

Getting ready to go, E realised to his horror that he’d left his flip flops behind in Martin’s Hut. Classic Emeric, but that’s super annoying! We had even checked under the bunks in the hut!

When we got out of the forest we got some reception and managed to post on the TA Facebook page about the flip flops, and some legend had found his sunnies from a few days ago!! Woohoo! 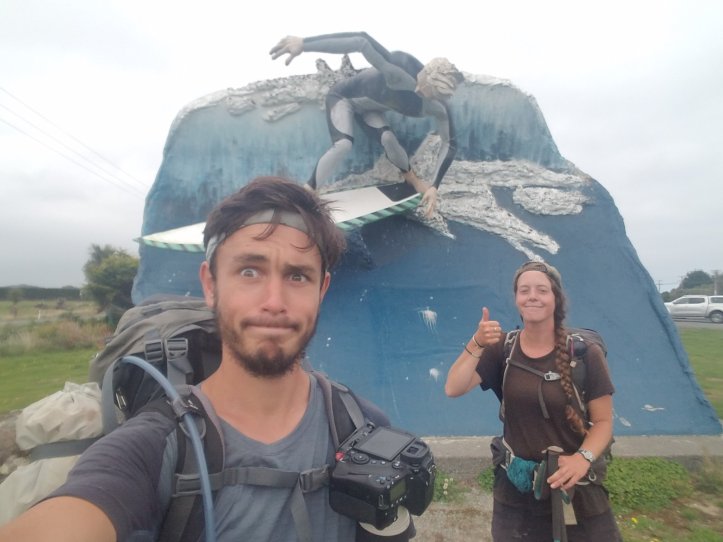 We rolled through the farmland, next to a bunch of cows getting ready for their milking sesh, and followed the well marked track out to the road. A friendly lady stopped for a quick chat.

Seeing the water and the south coast of NZ is crazy. We have spent so much time walking towards Bluff, and the end of the country, and bam, now we are nearly there.

Bit of classic road shoulder walking, and now we are in Colac Bay! We head for the tavern, and are stoked to find Myriam, Paul and Oli still there, we were expecting to meet them in Riverton later tonight.

Time for a well deserved drink! We get a beer and join everyone. Its Oli’s birthday, and we enjoy chatting and having fun for a couple of hours.

It’s time to go! 13km left to walk on a beach track. The six of us decide to get a few beers and head off, a beautiful walk with lots of laughs and sweet views. 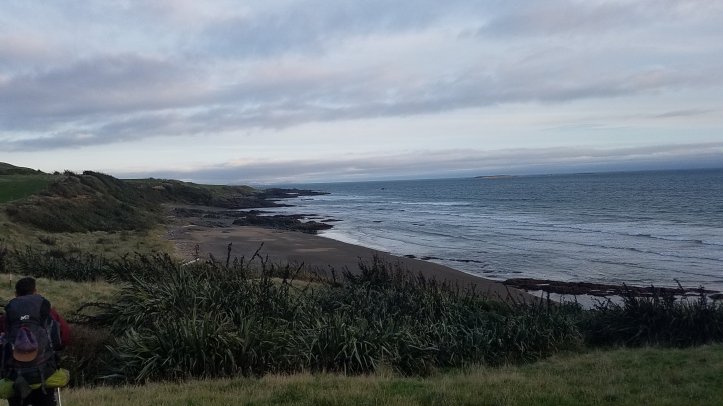 We stop for a swim after walking about half the distance. 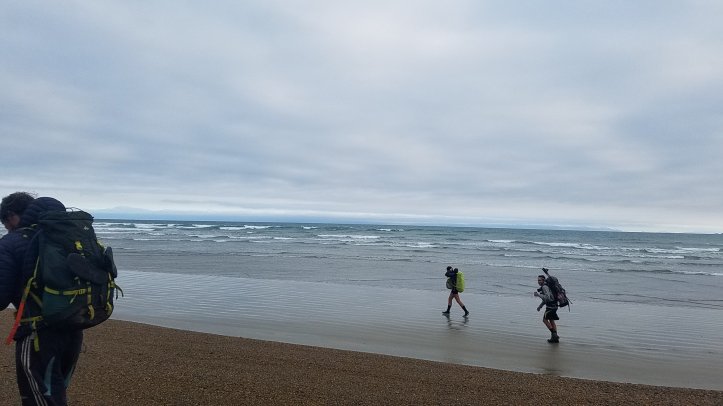 We walk up to a viewpoint amongst sheep, it’s getting darker and after a snack break we head down to the holiday park in the dark.

We arrive, and a lot of people who we have seen in the last few days are here. Eric and Emma, and Marion and Francois. To my surprise and delight, Ralph, Laine and Iben are here who I last saw in St Arnaud. Sweet!

Making dinner and sitting round enjoying chats, it’s cool to catch up with so many people. Everyone will most likely be finishing on the same day, in two days.

We are going to relax in Riverton tommorrow then in the evening start walking the beach section to Invercargill. We should arrive sometime in the morning and then will head out for the final 30 something km to Bluff. It will be just shy of 70km in 24hours, bring it on! 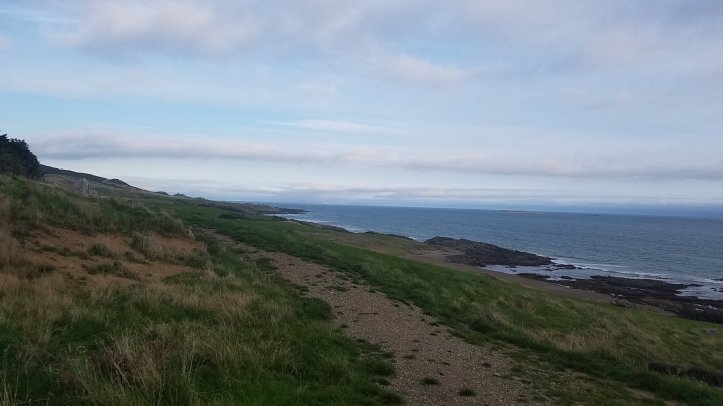 It’s kind of weird that it’s all coming to an end. I have been having such a good time everyday, that it seems abrupt that it will end in a day or so. But for now, I’m being in the moment and enjoying being in good company for the last 2 days of this awesome adventure.

Bluff, coming for you!!