Today – 53km from Ramanui to The Flying Fox

We had fun today. The first few hours we were testing our skills with some Rapids, including a few in particular. 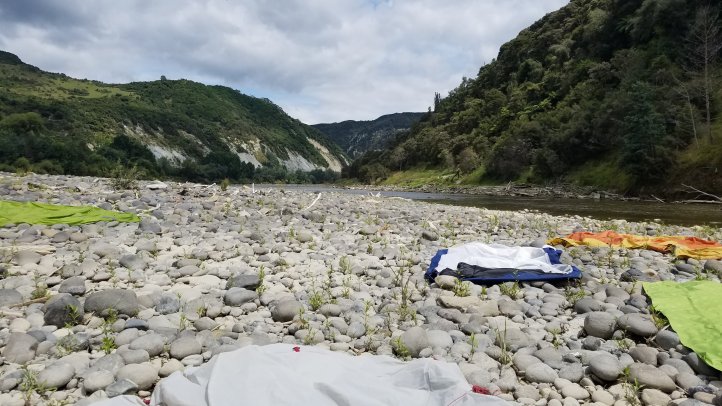 Right before Ngaporo there was a rapid called 50/50 which we all made it through.

There was a big rapid with a huge pressure wave of about 1m that tipped me out of my kayak but I managed to climb back on before I even exited the rapid. Smooth.

Unfortunately Marte and Jasper also went for a swim, theirs was a bit more of a violent tip out with some hull damage as they crashed into a rock. The Canoeship Enterprise , their canoe, is still going strong despite a bit of a blow to the head.

All the team did really well and soon enough we sailed past Pipiriki which is the end point for all the people on the Great Walk section of the trail. Only the TA hikers usually continue to Whanganui. 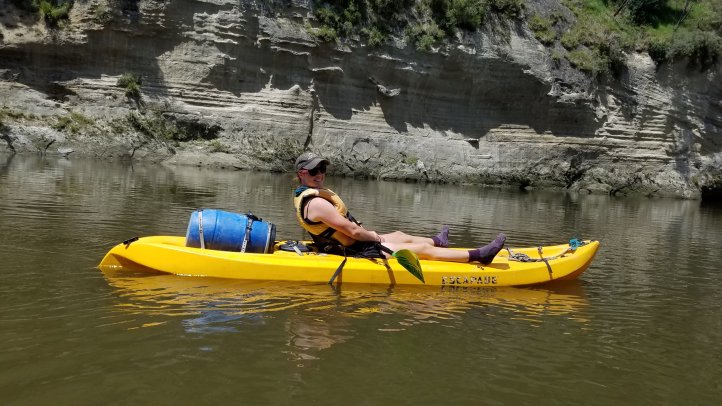 Our goal was the Flying fox, about 4 hours downstream from Pipiriki.

Definately noticed that we were slower today as the river has gone down and also lots of the currents and Rapids that helped us on the first few days are fewer and far between now.

After a nice lunch we cruised on down as the scenery changed again back to farmland.

At last we saw the welcoming signs of the flying fox campsite and started the process of unloading the canoes.

Every night when we reach camp we have to untie all the barrels, unload them from the canoe, and carry them up the often steep and slippery banks of the river. All of this sometimes happens on a less than ideal landing area, so team work is pretty important.

The owners of the flying fox were lovely and have a beautiful place.

We met up with some other TA hikers who were there including Iben who I met in Northland and walked with for quite a while.

We ate and drank some drinks enjoying the evening. We barely managed to stay up to see in the new year but successfully did.

See you next year!