So many big days! Looking at 12kms, you would think today was short and sweet. 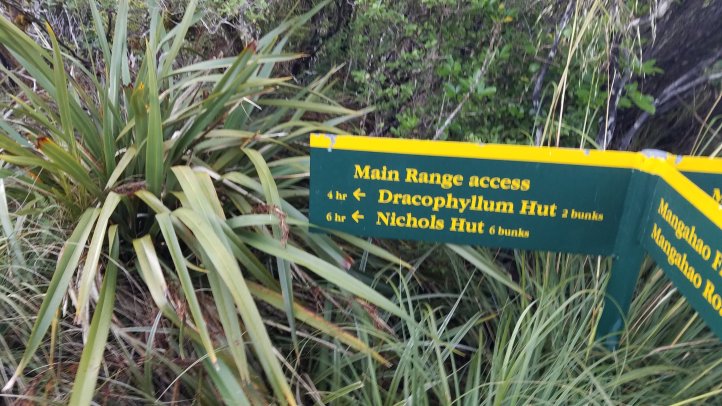 Ohhhh no. It was walking along the most incredible ridges all day, up and down and up and down. Big workout. 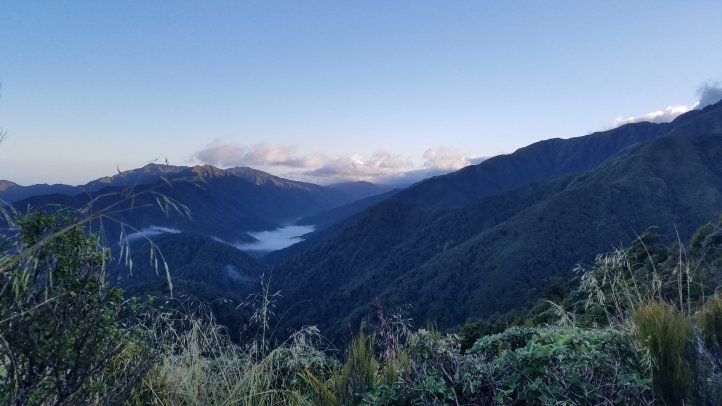 Left pretty early as watching the weather the wind was due to come up later in the afternoon, and wanted to give myself lots of time in case I felt like pushing on or taking lots of breaks. 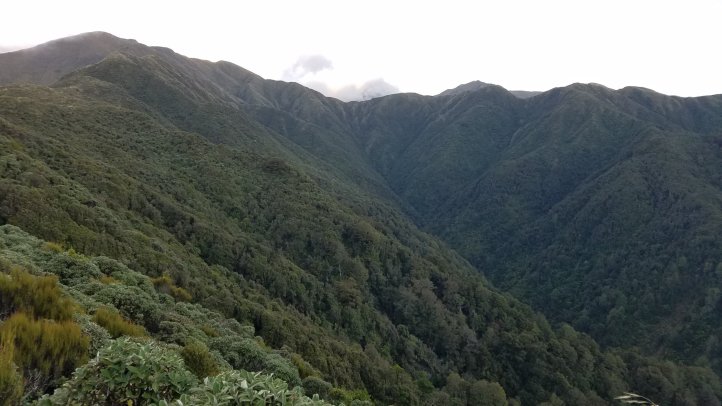 Powered up the first huge ascent, it was really cool seeing everyone behind and in front on the ridges. 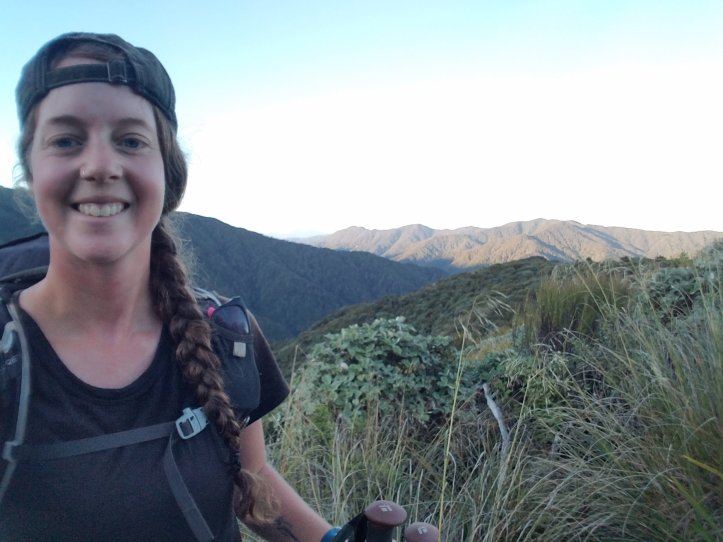 The views were incredible, ridges in every direction. 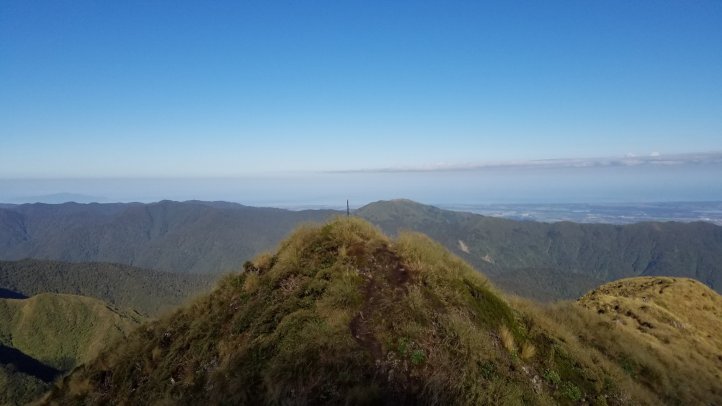 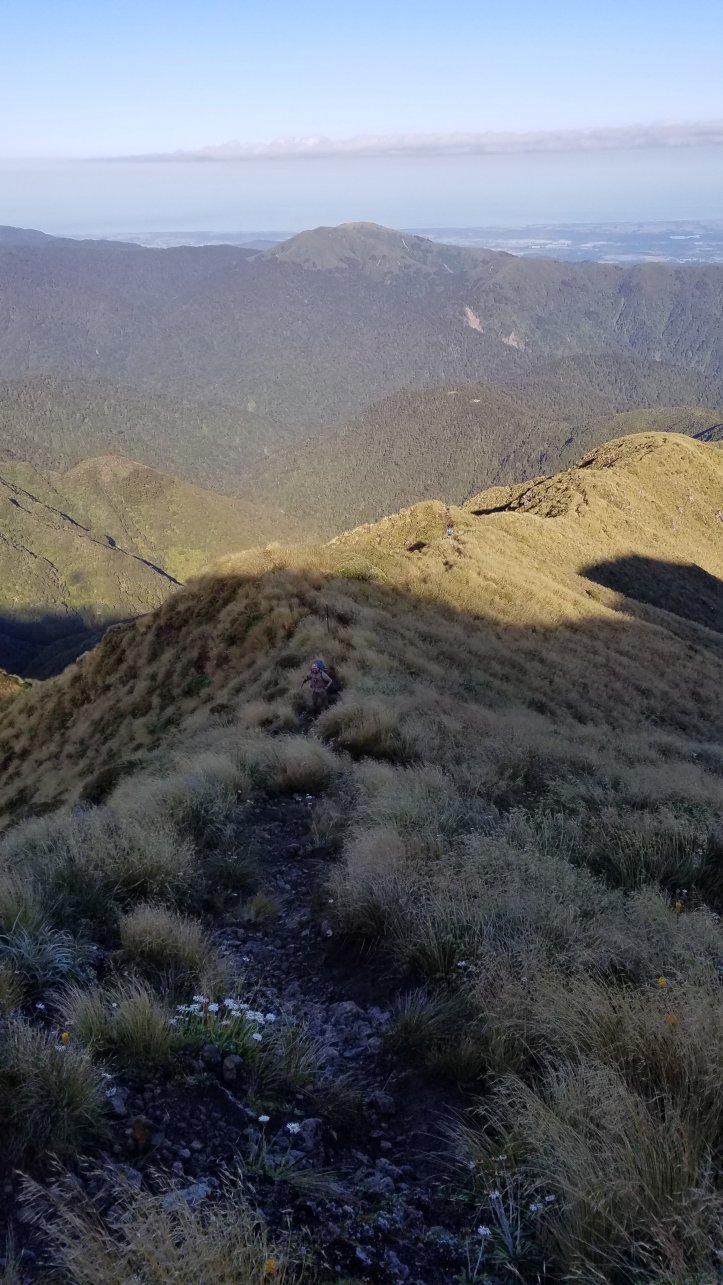 I was stoked I’d started early as the heat of the day had not yet come and made the climb pleasant. 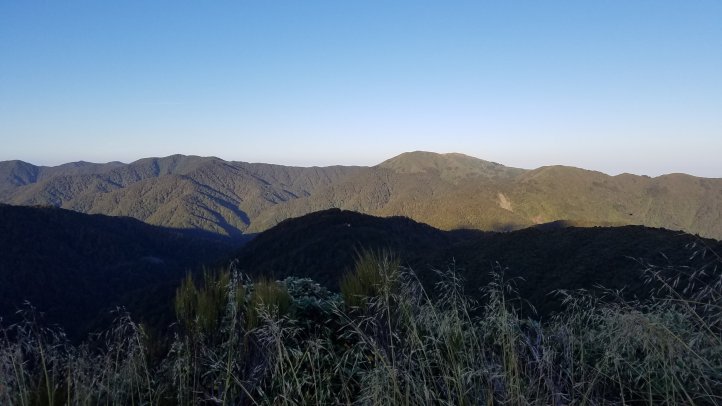 The light was incredible as well with the sun coming up over the ridges. 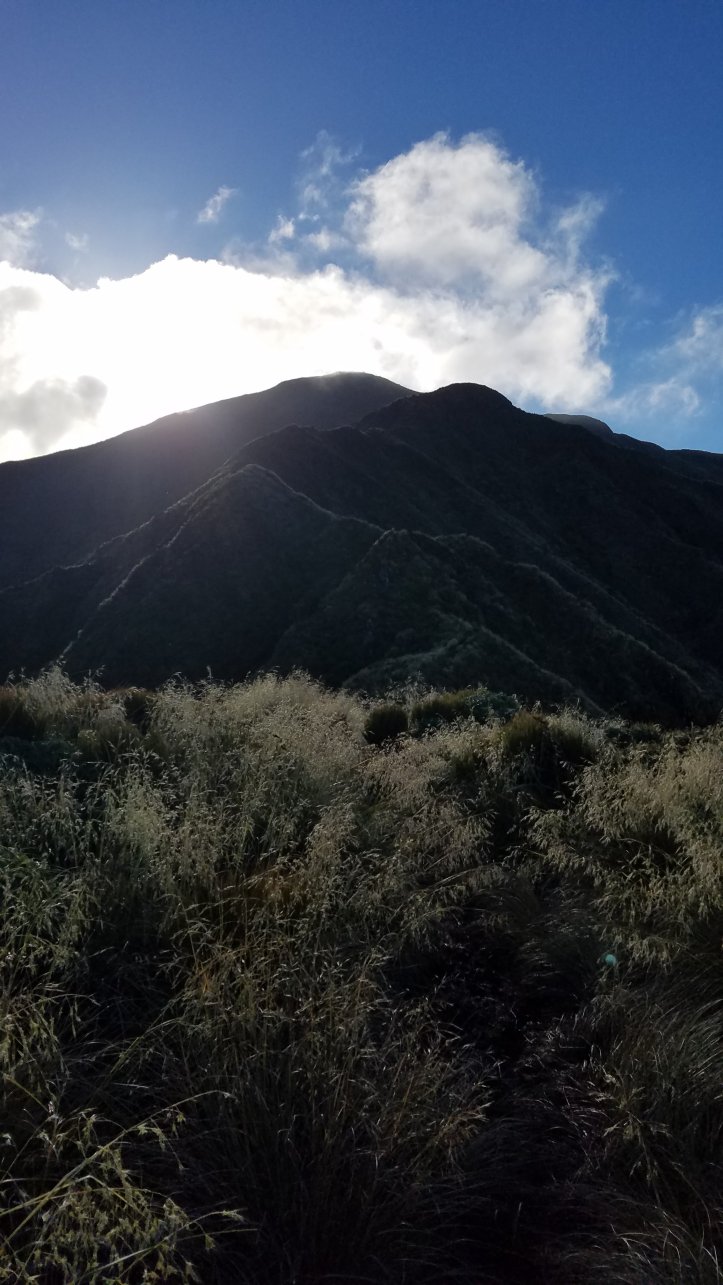 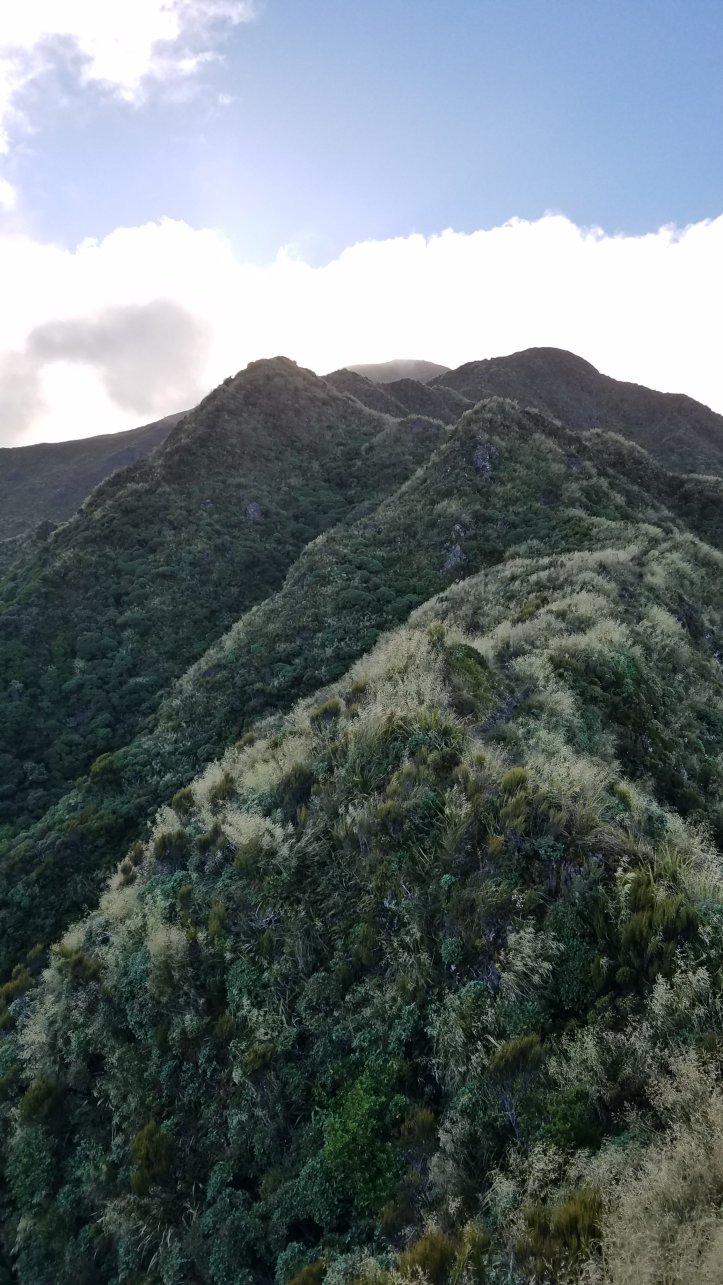 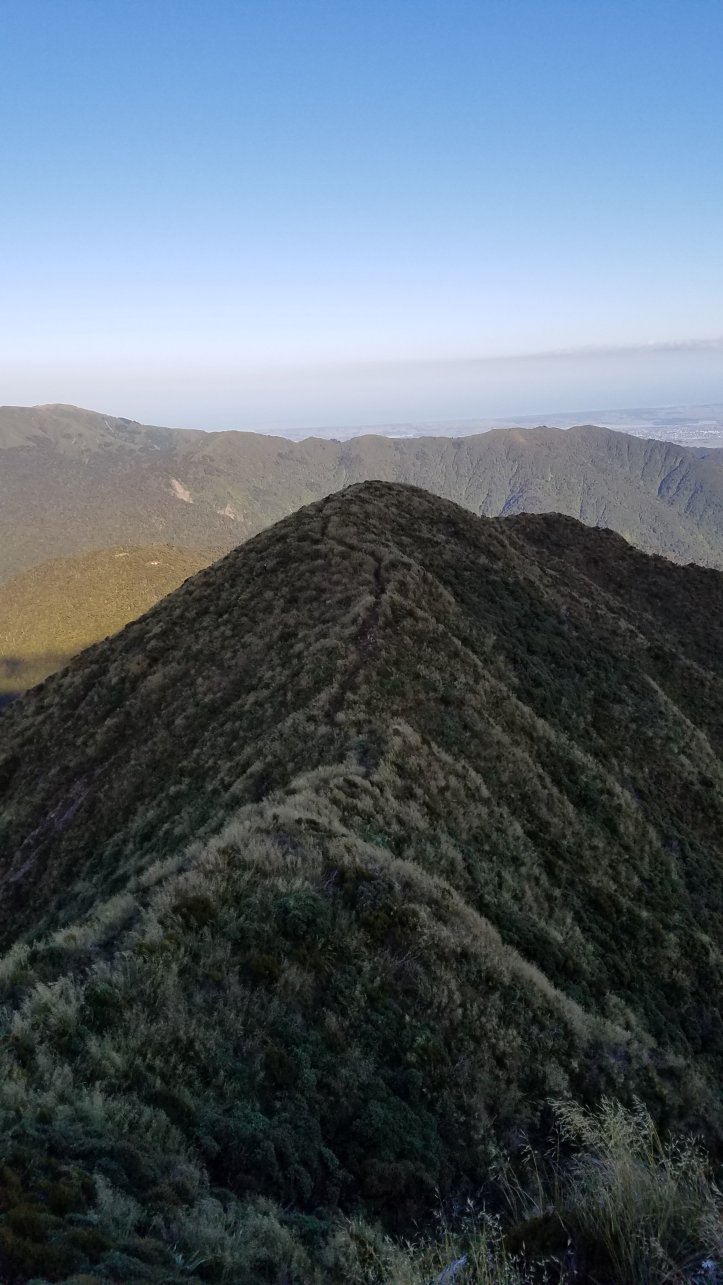 The aim was to make it to the first hut, a cute 2 bunker called Dracophyllum hut. 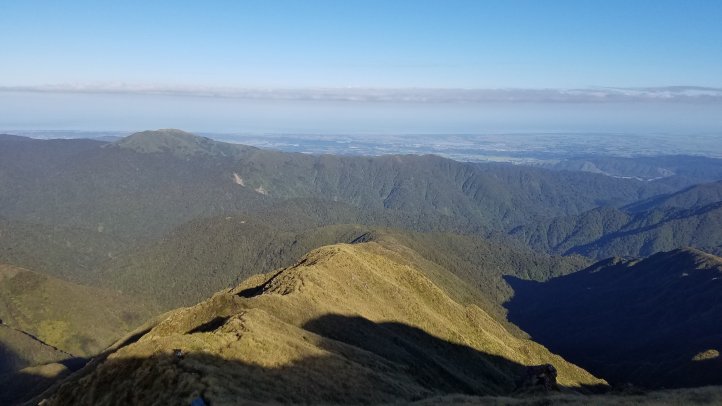 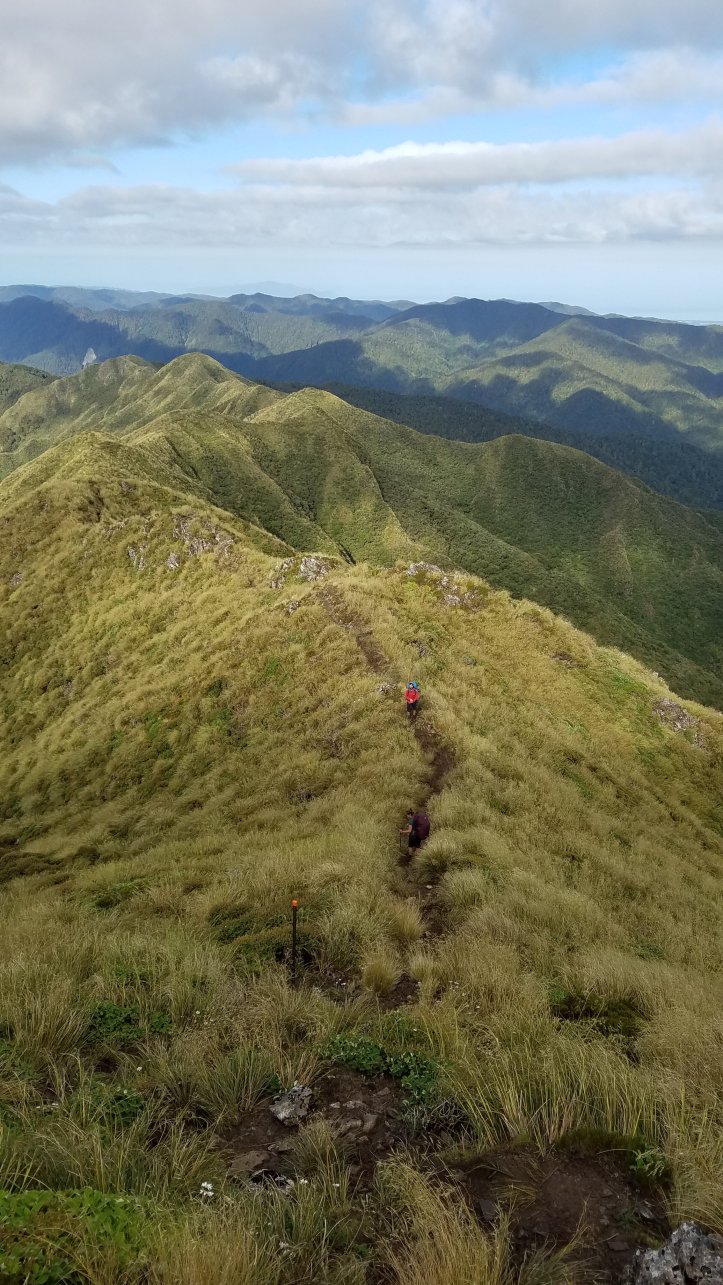 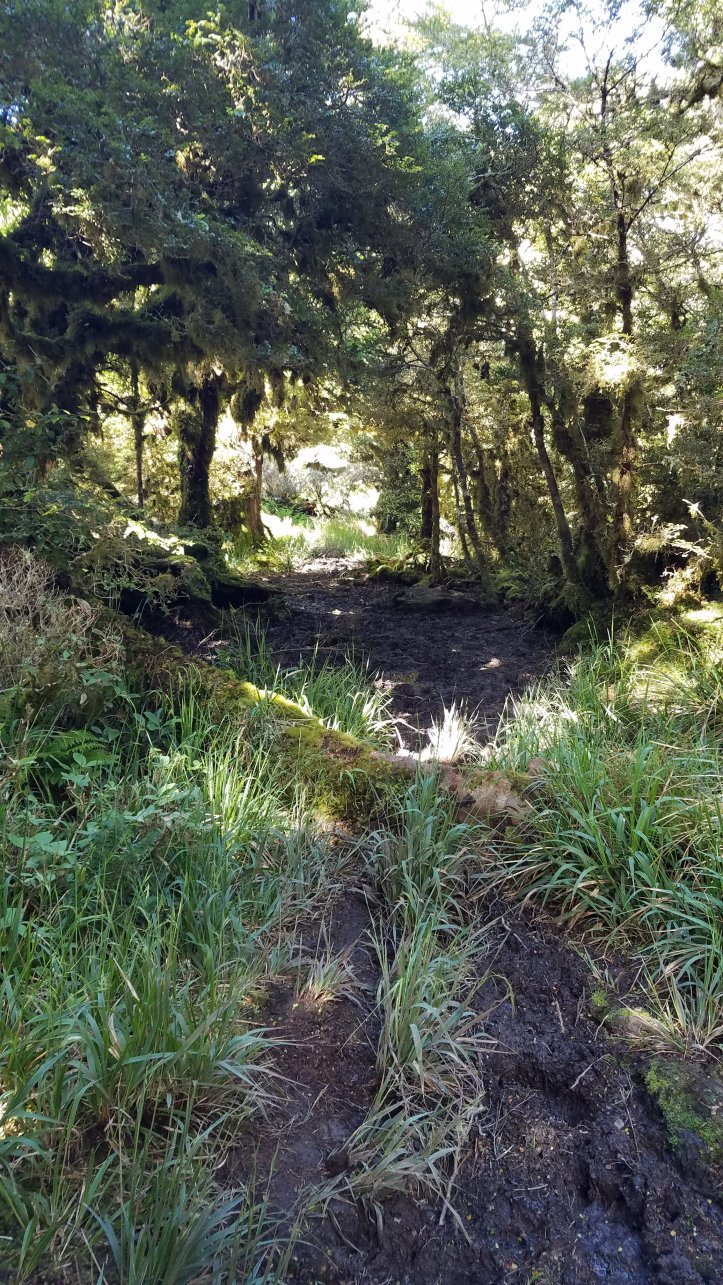 It was classic North Island tramping, pretty epic but challenging. 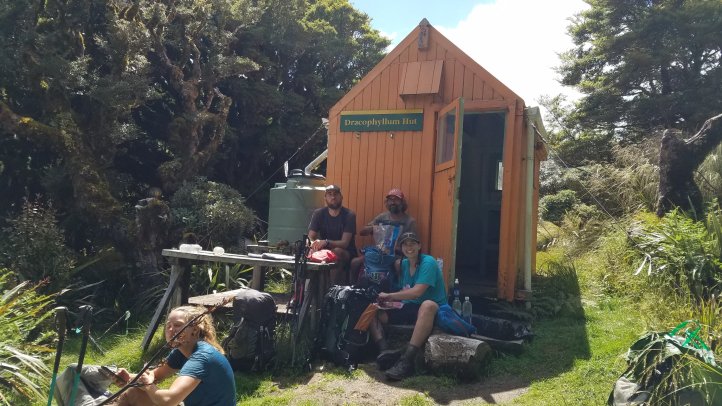 My favourite, as well as a healthy helping of mud. 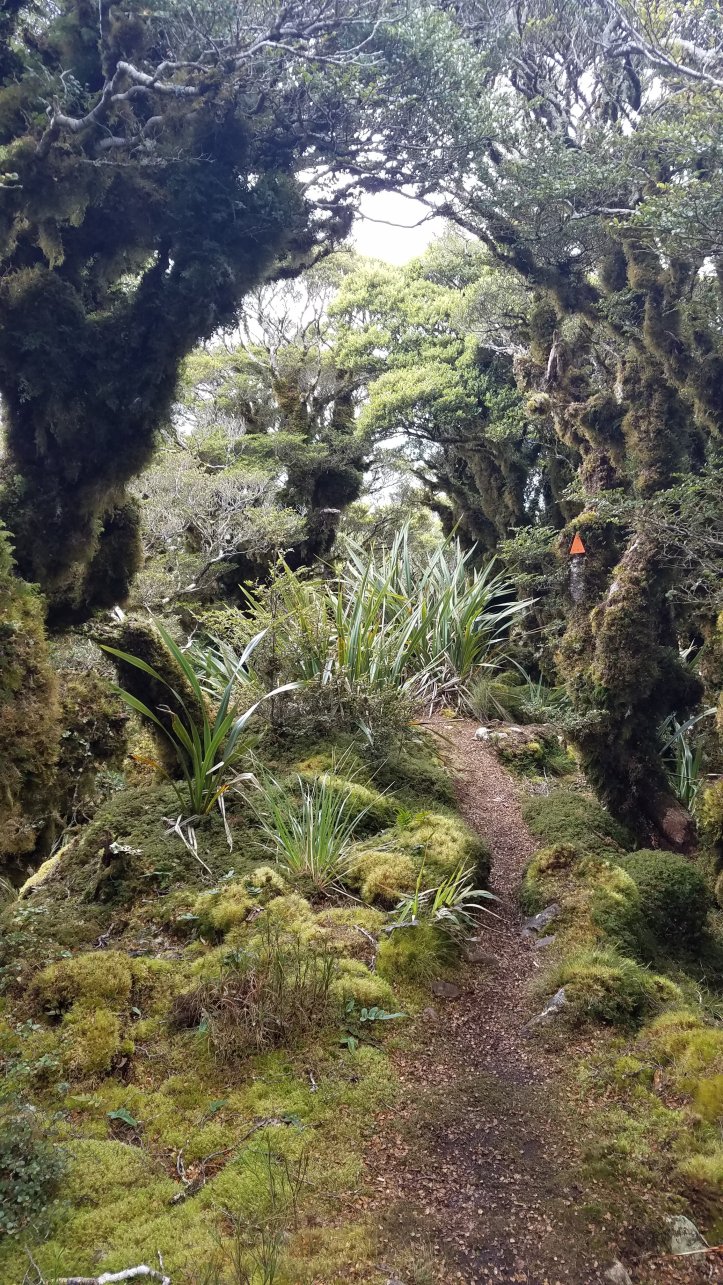 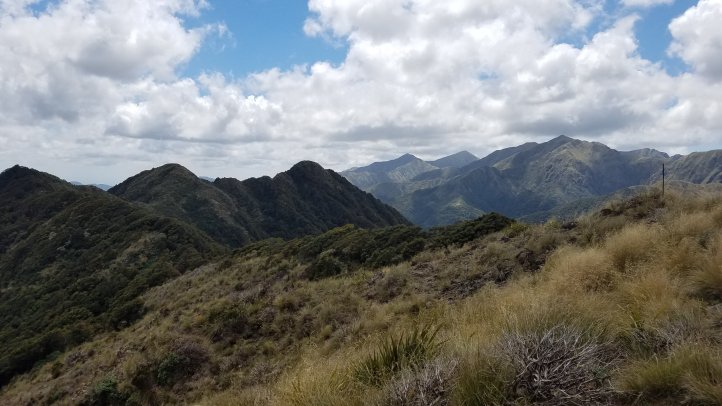 Got off trail once and walked a bit higher and found the magical orange trail marker showing me the way. 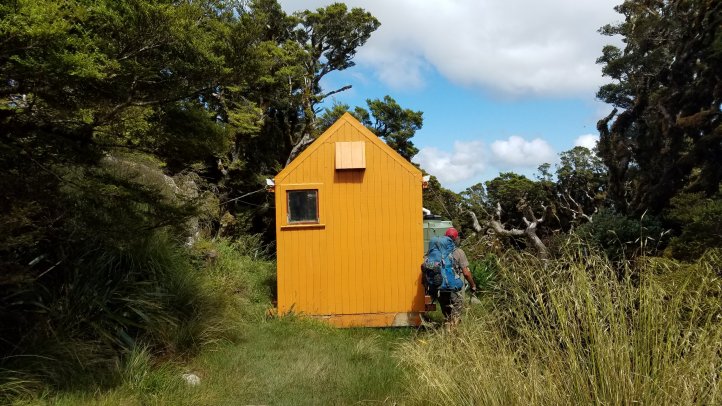 Did some voice guidance to the group just behind me and we all got back on trail, success! 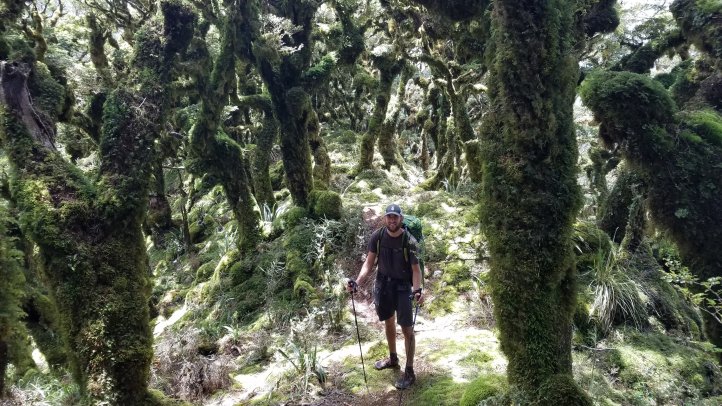 After a snack at the Dracophyllum hut, continued on. The up and downs are challenging on the body and mind. 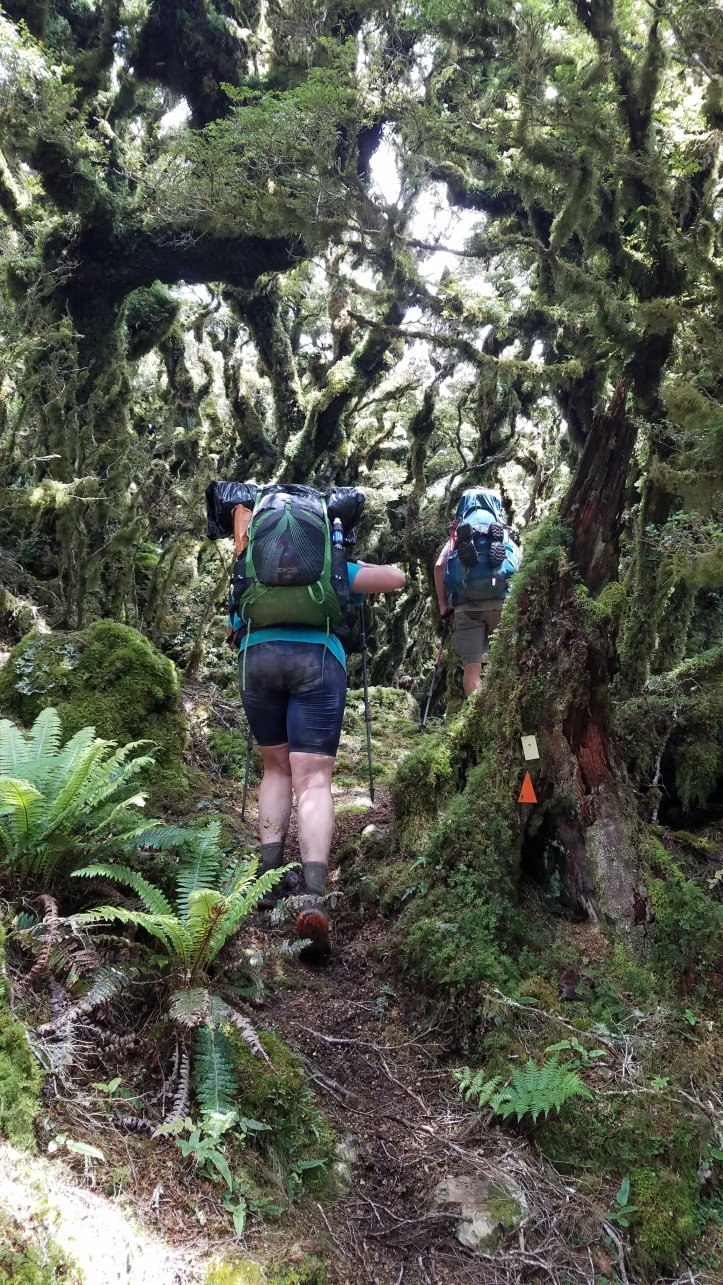 I’m glad the mud doesn’t bother me as I know this section is incredibly challenging already and with mud for some people it’s a breaking point. 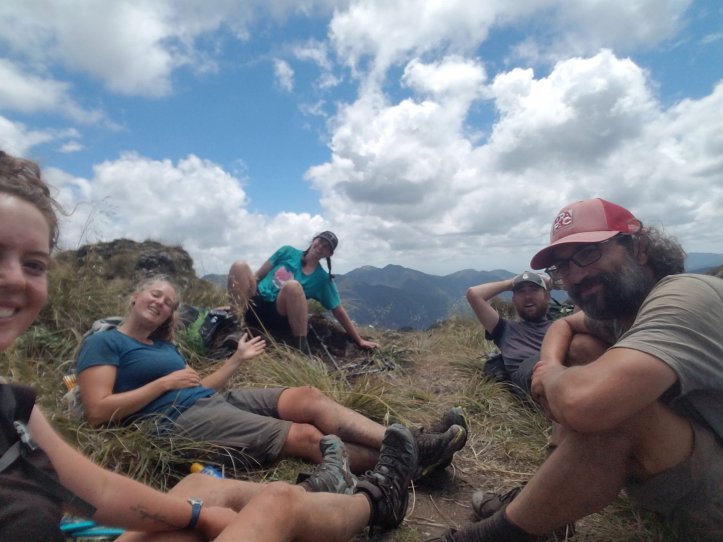 I powered up the next big summit feeling awesome. Unfortunately for me, I thought, crap wheres the pole marker. I felt it in my gut – I was off trail. A quick check of the gps confirmed this. 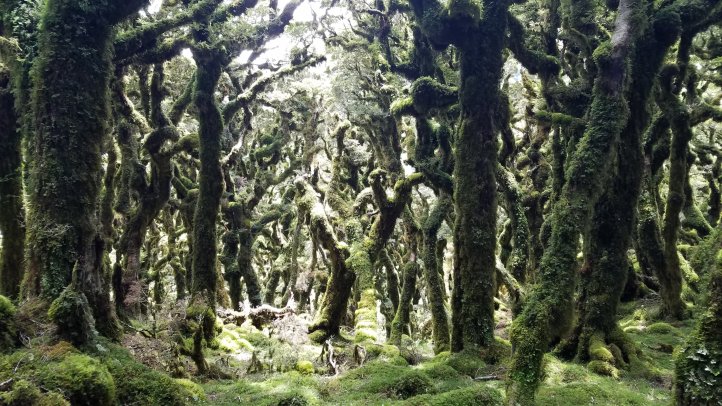 Still, epic bonus summit and no problem to just head down the same way back to to the last marker pole where the others Ralph, Casey,Laine and Iben were. Laine decided to check out the summit and the rest of us had a well deserved snack break. 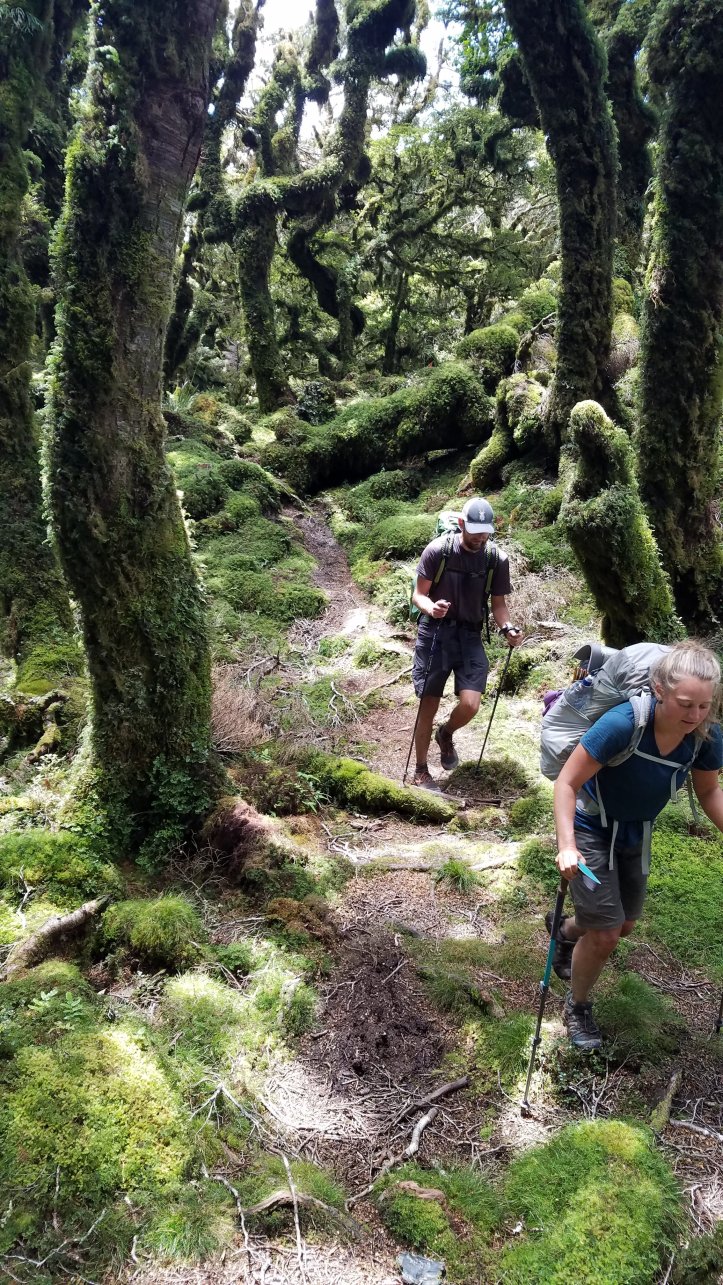 The team were talking about stopping at the next hut, being pretty tired and we had a good chat about options this arvo. 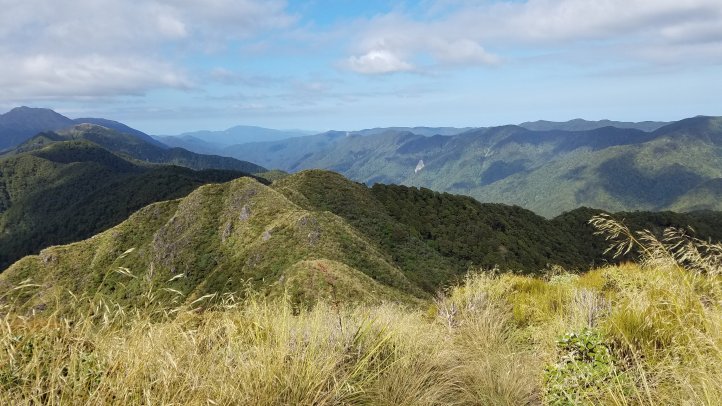 I kind of decided not to push on further. Theres no need to do an unnecessary huge day in potentially gale force winds with some big ups and downs when the body has already had a huge day. I have heaps of food in case of being caught out a few days. 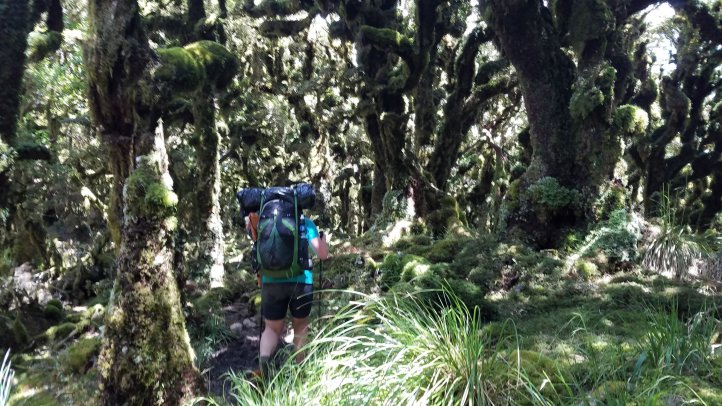 The next few hours were a mixture of beautiful ridges and dense Dr Seuss forest with incredibly cool trees. 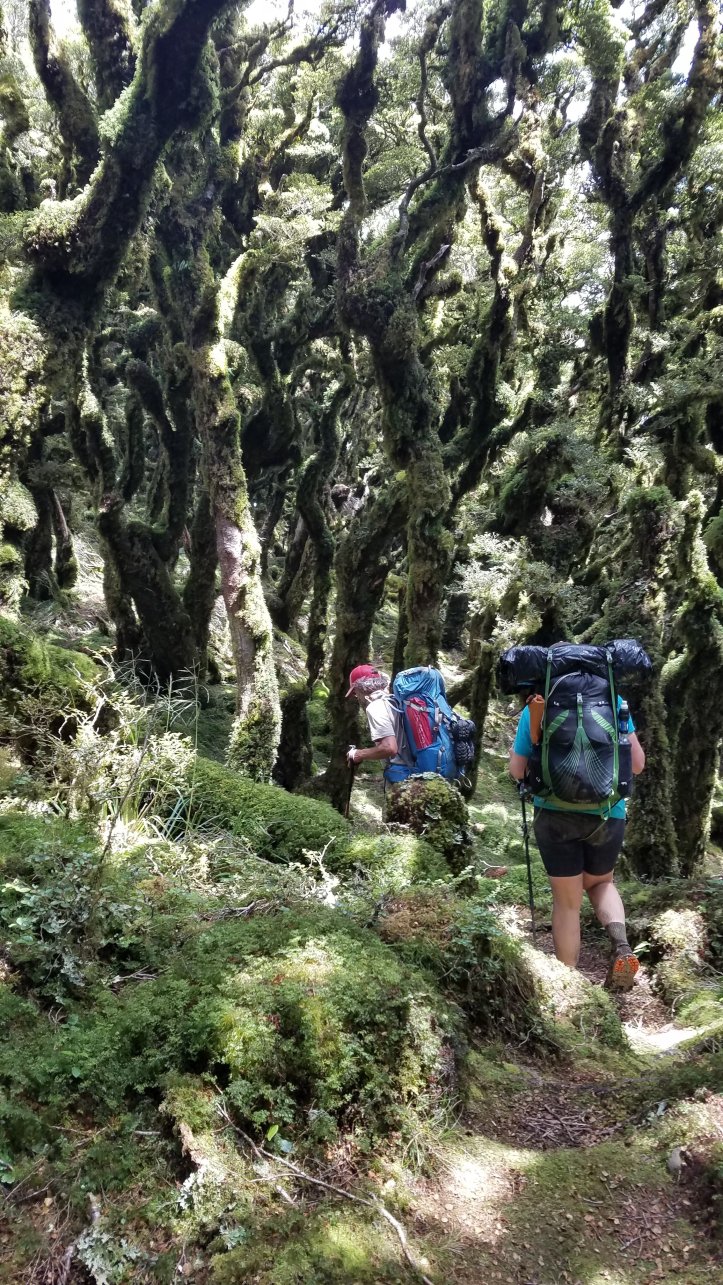 I hiked with the team the last bit of the day, and soon enough we were back on the ridge doing a last ascent. The wind had definately come up a lot while we were in the goblin forest, and the going was hard in the wind. It was incredible to look back over all the ridges we had walked today before descending to the hut. 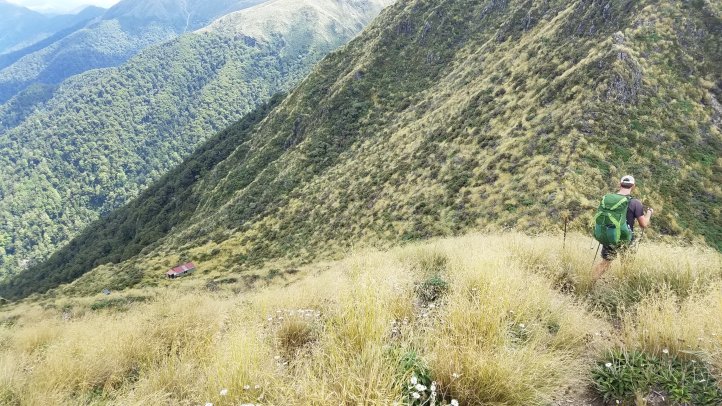 A short and sweet descent and then we were at the hut. 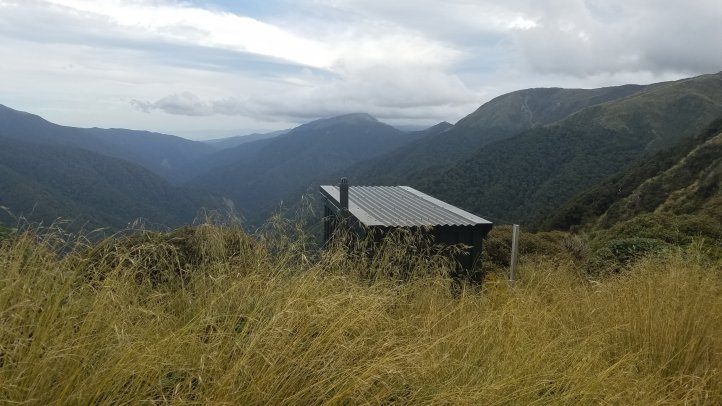 Nichols hut is a beautiful 6 bunker nestled out of the wind [so far] and tonight we are 12 so it is so cosy. In NZ we always make room for everyone who wants to be out of the elements in the hut. We are sleeping more people across the bunks and a couple with mattresses on the floor. 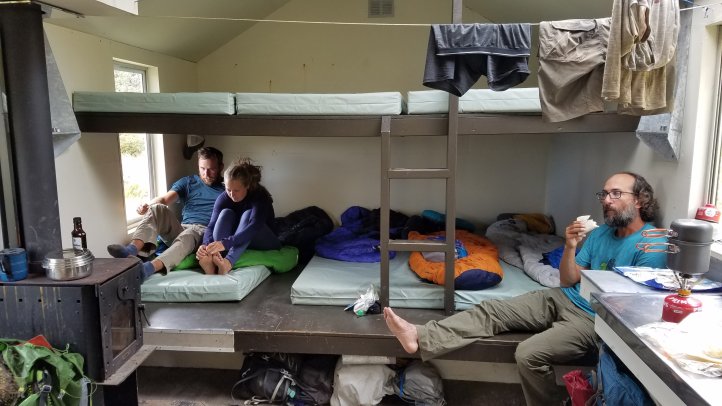 Tommorrow I’m not sure my plan yet. The wind could be getting to gale force, if this is the case I will hunker down for a while in the hut. Even if the weather is good I may just head to the next hut- Waitawaewae. 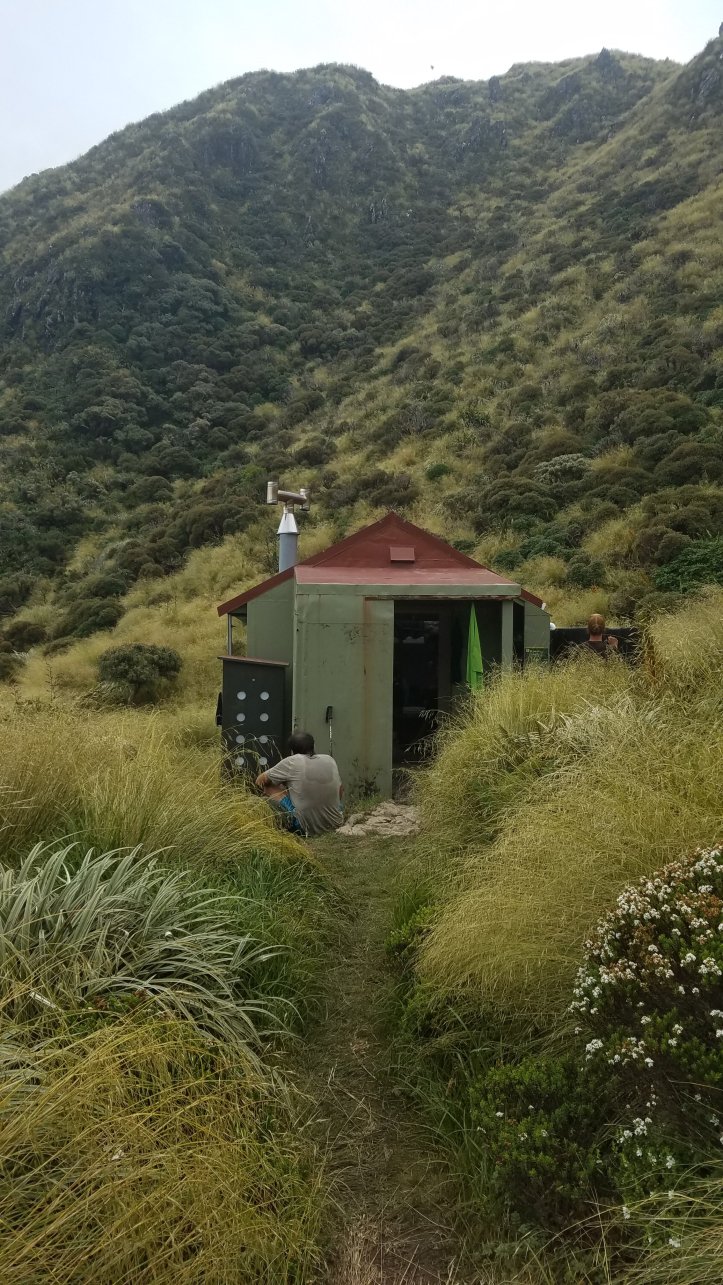 Some others wisely stopped at the Dracophyllum hut earlier, a couple of people that were finding the going really rough.

The Tararuas are no joke, they are incredible and I am loving the tramping, but its interesting to observe different attitudes towards the terrain and mud and distances. Some people plan for 20km thinking it will be a short day, but 12km and 8 and a half hours later they are shot. Never underestimate tramping in NZ!