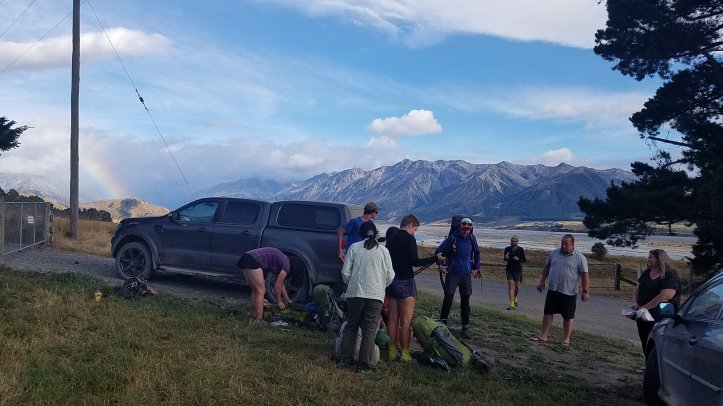 Today was amazing. I had no idea about the trail and hadn’t really read anything on this section, I think the focus was more on even getting to this section and out of this section, getting around the hazard zones of the Rakaia and Rangitata rivers. 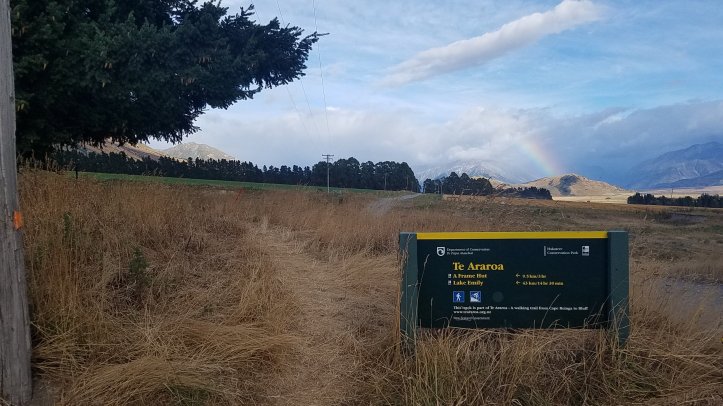 Got a ride from the lovely Darren at the campground, great deal, who drops you whenever you want from Methven some 45km including a big dirt road at the trail end.

Started the day around 930 and began the track, which started as single track then became a 4WD track. Lovely switchbacks leading up to Turtons Saddle.

Felt like barely had climbed up but we were a few hundred metres above the road. 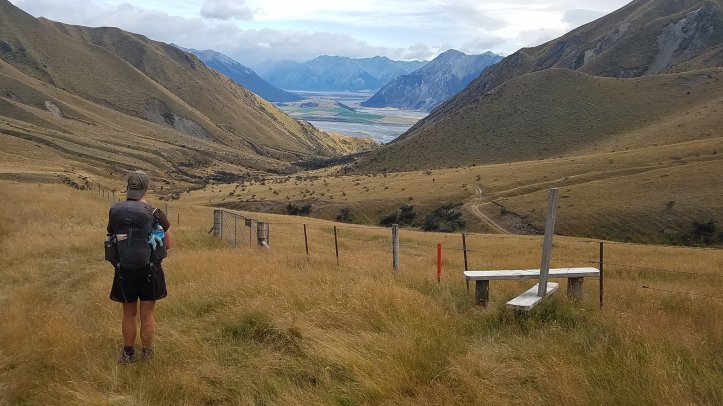 The views were outstanding back down towards the Rakaia River and valley.

From Turtons saddle, I walked with Brianne [USA ] to A frame hut, the cutest little nugget of a hut, with a fresh interior, really nice. Snack time!

Brianne decided to continue and wait for the rest of her group at the next hut, so we walked through beautiful river valleys onwards to Comyns hut, which appeared out of nowhere and was a good spot for lunch. 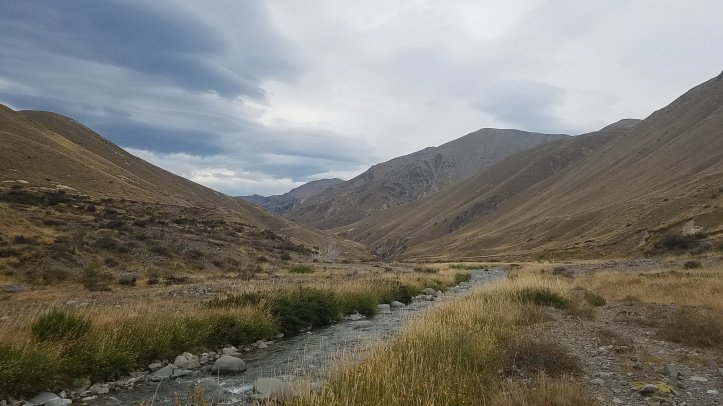 hadn’t really decided how big or small my day was going to be. So after lunch I decided to keep going. The track heads into a river bed and then follows that for about 7km. 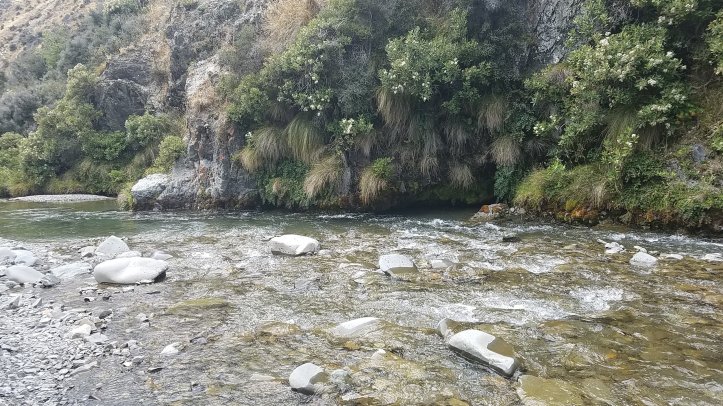 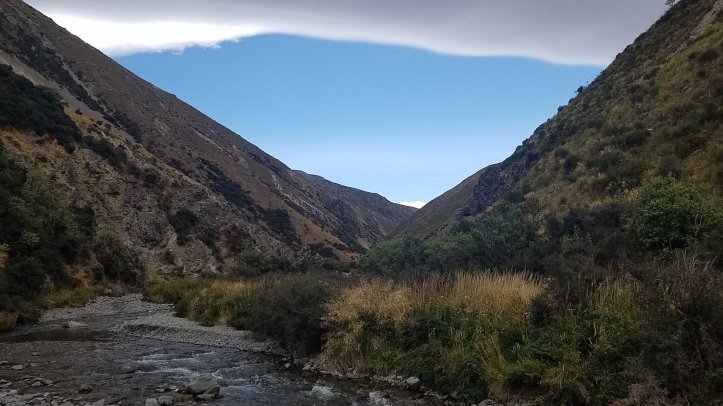 It’s a mix between shingle and rock hopping, but great fun splashing in the water. Lots of crossings and definately a wet feet day.

Took my time and accidentally had one whoopsie faceplantthat luckily resulted in no injuries. I always say that having a few minor trip ups and falls keeps you humble, and I definately think it’s true.

The views just got better and better as I climbed via the river, the valley opened out into tussockland. 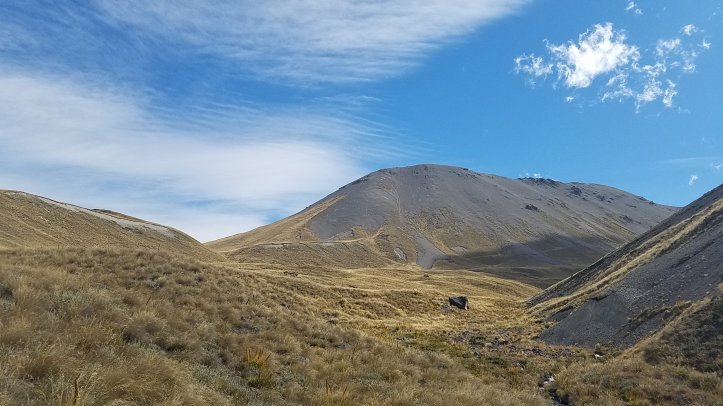 Had to be pretty careful as there were loads of places to twist and fall and break your ankles in the tussock. Thankfully, I arrived at the top of the next saddle intact.

Saw Dan & Liv [USA] at the saddle and then had a quick chat and walk with them.

This was incredible. Arriving in the tussock , the views spread south and were vast and truly awesome. One of my favourite views so far.

The trail was really cool too, it cut into the scree slope and slowly meandered down. 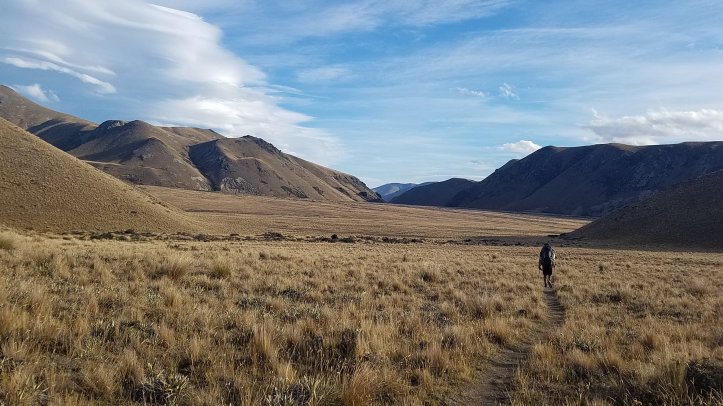 Emeric [French] appeared behind us. He is so speedy! And then we descended the track further. The next few hours were tussock track and a few times I caught up with Emeric and we had to look for the trail as we were tussock bashing.

Stunning views the whole way down to the valley floor. And then even more 360 views. 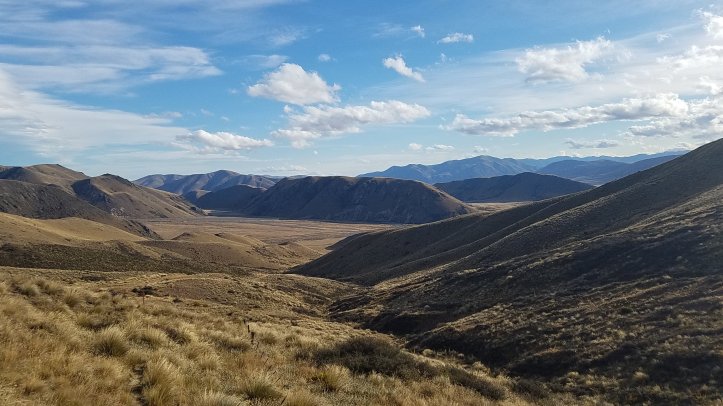 The whole day today there has been weird cloud action , but at this time there was definately some weather to our west. We motored on and arrived at the hut, nabbing the last two bunks. Score!Made a fat dinner and got to know the 3 Northbounders in the hut, and then 5 others showed up.The hut is pretty cool, really old school with a concrete floor, but lots of character and an amazing home for the night.